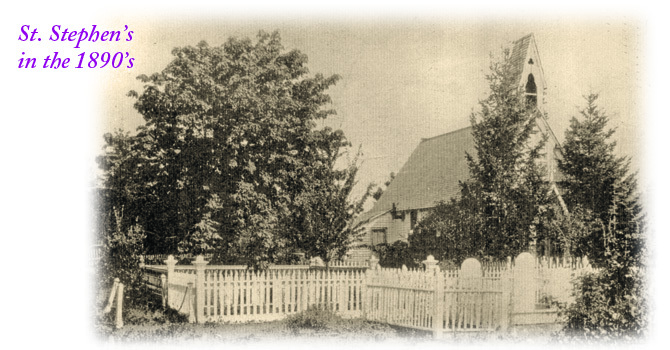 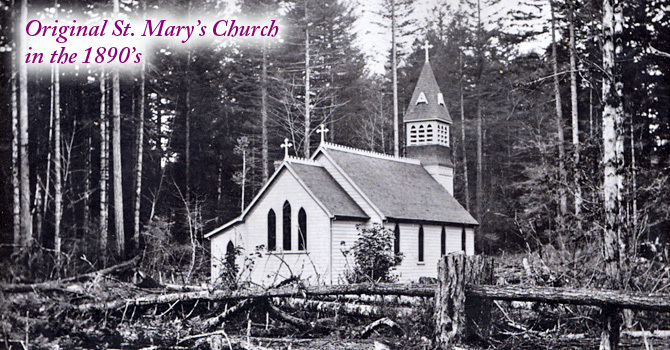 On February 11, 1862 William Thomson, one of the early settlers in the Mount Newton valley, deeded five acres of land to the Right Reverend George Hills, Bishop of British Columbia, for the purpose of building a church and a school. On June 3rd of the same year, the church held its dedication and first service.

The church was built of California redwood and construction was a true community effort. From the beginning St Stephen's has held a special place in the hearts of the people of the area. Many of the first settlers are buried next to the church and some of their descendants continue to call the church their spiritual home.

To the best of our knowledge, St Stephen’s is the oldest church (on its original foundation) in the Diocese of British Columbia used continuously as a place of worship. In 1984 the church was designated a Heritage Building by the District of Central Saanich.

To learn more about the heritage of St. Stephen's, click here.

To learn about the  St. Stephen's Cemetery, click here.

For over 150 years St. Stephen’s has been a place of refuge and rest. By God’s grace, it will continue to be a place of Good News and hope for future generations.

St. Mary's: Over 120 Years of Worship, Witness and Work

In April, 1893, a number of people, at the time attending St. Stephen’s, decided it was time to have their own church building.  Within a relatively short period plans were finalized, funding obtained, and a small structure was completed in Saanichton. The mortgage was paid off and the building consecrated on June 16, 1904. In 1959 the parish bought land across the street from the church, for future expansion.

St. Mary’s became a separate parish from St Stephen’s in 1983 and four years later the new St Mary’s was completed. This building was debt free and consecrated on November 1, 1991. This modern church building has a bright and spacious feel and carries on the tradition of faithful presence in the community.

To learn more about the heritage of St. Mary's, click here.

God has blessed us richly in the past and now. We pray that our worship, witness and work may be to his praise and glory, and for the good of his kingdom.

Subscribe to receive email updates with the latest news.